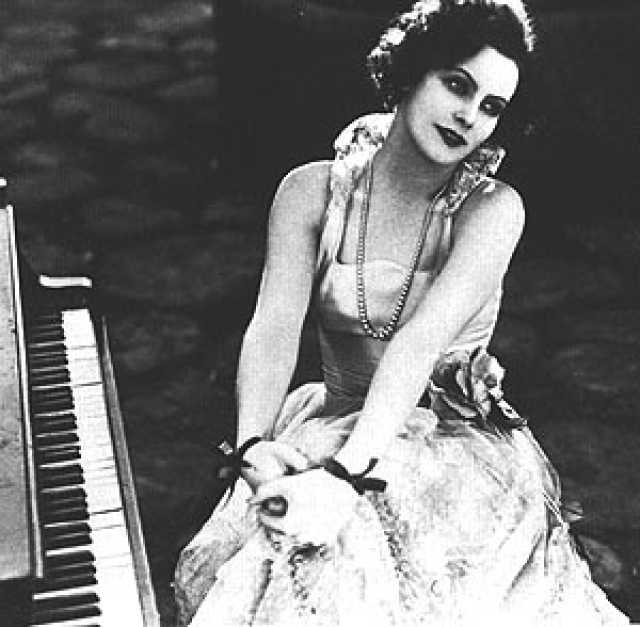 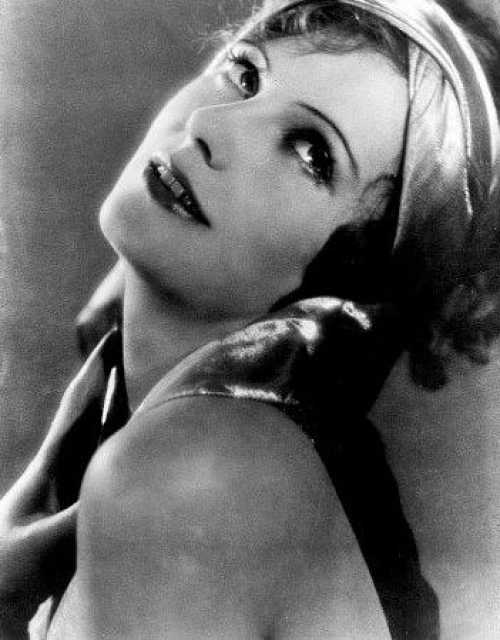 Szenenphoto aus The Torrent, © Production Company
Reviews in German: "Greta Garbo was just another ingenue when she was signed to an MGM contract. But even in her first American film, Garbo is a mature actress with a look of world weariness, delight and cynicism. She looks like the Garbo we know, though her hair is a little more severe and her makeup flattens her face. Considering that she is opposite Ricardo Cortez, an established leading man, Garbo's character is given more emphasis, character development, and screen time. She deserves it, as she is radiant in her close-ups, and has a good wardrobe of Spanish and modern clothes. The entire film features the high level of craftsmanship associated with MGM.

Although Ibanez was a popular author of the day, the plot is a throwaway. When Spanish peasant girl Garbo romances the son of the landlord (Cortez), his jealous mother evicts the entire family. Betrayed by her lover (and not for the last time in her MGM movies), a more callous Garbo eventually emerges. Years pass, and in one of those conventions that could only occur in silent films, she is now a famous Parisian opera singer. While her father claims in a title that she has a nightingale in her throat, this is only slightly more likely than Garbo's role as the famous ballerina in Grand Hotel.

With many affairs behind her, she returns home. Garbo's reaction to Cortez' betrayal is to become a modern woman, in control of every situation. Cortez is weak by comparison, torn between pleasing his mother and his desire for Garbo. Instead of solving the plot threads at the conclusion with a convenient earthquake, flood or volcanic eruption, the 'torrent' of the title is a great flood that occurs in the middle of the picture, more for production value than to forward the plot.

The light touch of Monta Bell is clearly present, as he gently mocks the characters without undercutting the dramatic material. Comic actors are cast in supporting dramatic roles. Cortez' mother has decided that her son will marry the pretty but bland Gertrude Olmsted, heiress to her father's pork fortune. The father is played by Mack Swain, whose contribution to the narrative is to continuously eating on screen. There is a delightful sequence where the mother and Swain negotiate the number of hogs in his daughter's dowry.

The director's mischievous nature shows again with a love scene after Cortez goes out in the torrent to save Garbo. Back inside, she gives him one of her fur trimmed robes to wear, so they both play the scene wearing women's nightgowns.

The story doesn't set up the romance between the two as any deeper than youthful infatuation, so the subsequent narrative tension is less than it might be. Cortez' love for Garbo is genuine, so he is not driven by infatuation, but by sincerity. While later films might have shown Garbo's descent after being cast off by the rich playboy, in this movie she learns that Cortez wasn't that big a prize, and she was better off without him.

The Image Entertainment laserdisc release (included in The Garbo Silents) has an effective and newly created elaborately orchestrated electronic score of stock music by Arthur Barrow, featuring Spanish guitar when appropriate, and sound effects for rain, etc. The image is in good condition, featuring various tints, including sequences in black and white. Some nitrate decomposition is evident in the original, but it appears mostly in the intertitles. In all, this is a very satisfying film, and well worth seeing regardless of your interest in Garbo. (Review © 1998 David Pierce / www.cinemaweb.com)

The Vincent Blasco-Ibanez novel Entre Naranjos served as the inspiration for Greta Garbo's first American film, The Torrent. Garbo plays Leonora, a full-bodied Spanish peasant girl who falls in love with her landlord's son Don Rafael Bull (Ricardo Cortez). To prevent his son from marrying beneath his station, Don Rafael's father banishes Leonora from his property. She relocates in Paris, where she achieves fame and fortune as an opera singer, while back at home Don Rafael becomes a prominent politician. When Leonora returns home, she spurns his offers of marriage, even during a raging flood in which her life is in Don Rafael's hands. After this spectacular sequence, the film's surprisingly unhappy ending seems anticlimactic. Garbo's lover-mentor Mauritz Stiller had originally been slated to direct The Torrent, but at the last minute MGM opted for house director Monta Bell. Whether or not Stiller could have compensated for the script's more ludicrous passages is open to conjecture: Suffice to say that, without Garbo's presence, The Torrent would have been just so much Spanish applesauce. ~ Hal Erickson, All Movie Guide

The Torrent is a motion picture produced in the year 1926 as a USA production. The Film was directed by Monta Bell, with Dorothy Sebastian, Greta Garbo, Gertrude Olmstead, Edward Connelly, Lucien Littlefield, in the leading parts. We have currently no synopsis of this picture on file;

The information above does not purport to be exhaustive, but give the level of information to our database at the time of last update. All figures are best knowledge and belief researched to, legal claims arising from incorrect or missing information are expressly rejected.
Due to the current law in some countries can be held responsible person who addresses refers to having a criminal content spread may or criminal content and pages further refer, unless he closes clear from such liability. Our links below are researched to the best of my knowledge and belief, but we can not accept in any way for the content of these web pages and links from us any liability. We provide this explanation by analogy from all countries and all languages of. Quotations, if not otherwise marked, in the usual right to quote with identification of the sources added.
The copyright lies with the authors of these quotes - The Torrent (1926) - KinoTV Movie Database (M)