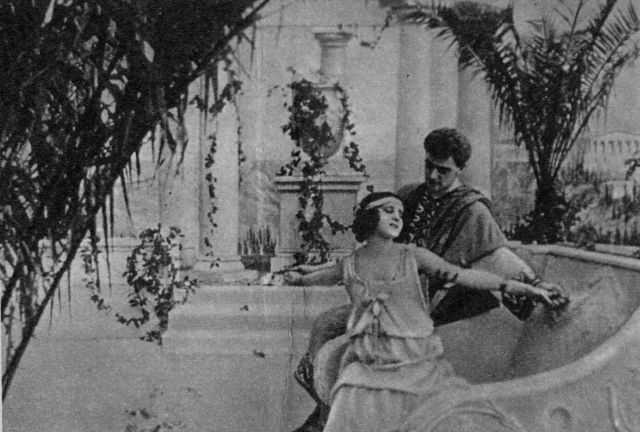 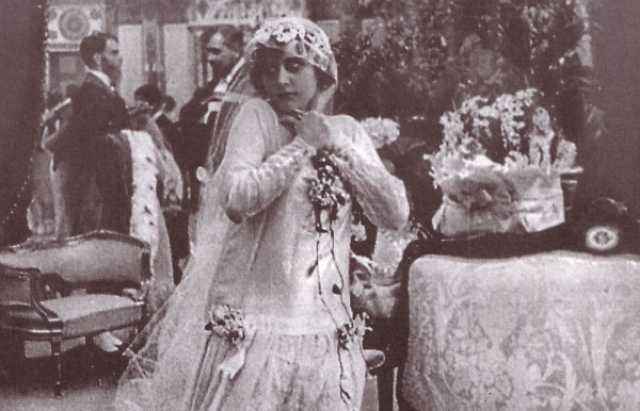 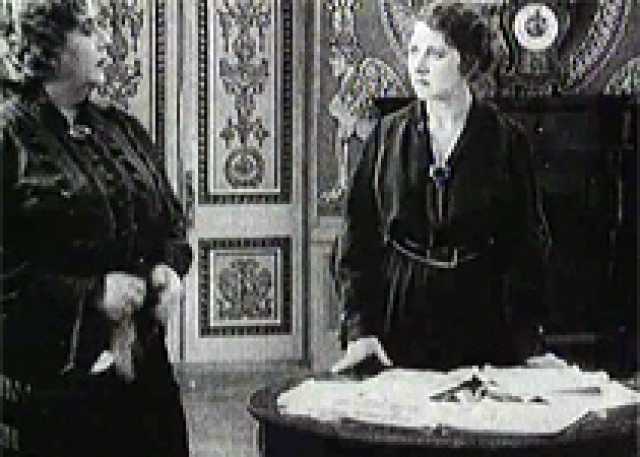 Szenenphoto aus Zhizn za zhizn, © Khanzhonkov & Co
Remarks and general Information in German: "Khanzhankov explained in a 1937 interview what he wanted to achieve with A Life for a Life. I wanted to stagger the cinema world with a production of great artistic worth, which would immediately place our firms reputation at its rightful level... From a whole range of scenarios offered to him, Bauer, our chief director, selected a dramatization of the French novel by Georges Ohnet. All the studios technical resources were mobilized for the production, and the main roles were allocated among the best actors in our company... We had no more than one month to spend on the production and all departments set to work at a feverish pace. Bauer liked this sort of urgent spontaneous work and even finished it a few days ahead of the deadline. [Silent Witnesses, ed. Tsivian et al, London/Pordenone: 1989]

Khanzhankovs hopes were realized. The Russian film press hailed A Life for a Life as an artistic treasure and a film that deserves a place alongside the best foreign productions, although Bauers taste for columns was also gently mocked, and it was hinted that perhaps he was trying too hard to imitate foreign models. But all hopes of building on this achievement were swept away in the following year; and in 1919 the most-admired star of Russian cinema, Vera Kholodnaia, died in Odessa. Her vast funeral marked the end of on era." (Milestone Films and Video)

Zhizn za zhizn is a motion picture produced in the year 1916 as a Russia production. The Film was directed by Jevgenij Bauer, with Vera Kholodnaja, Lidija Korenjeva, Ivan Perestiani, Vitold Polonskij, Olga Rakhmanova, in the leading parts. There are no reviews of Zhizn za zhizn available.

The information above does not purport to be exhaustive, but give the level of information to our database at the time of last update. All figures are best knowledge and belief researched to, legal claims arising from incorrect or missing information are expressly rejected.
Due to the current law in some countries can be held responsible person who addresses refers to having a criminal content spread may or criminal content and pages further refer, unless he closes clear from such liability. Our links below are researched to the best of my knowledge and belief, but we can not accept in any way for the content of these web pages and links from us any liability. We provide this explanation by analogy from all countries and all languages of. Quotations, if not otherwise marked, in the usual right to quote with identification of the sources added.
The copyright lies with the authors of these quotes - Zhizn za zhizn (1916) - KinoTV Movie Database (M)