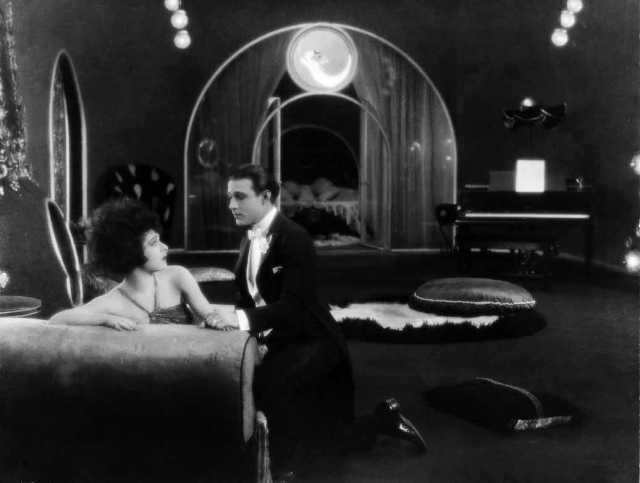 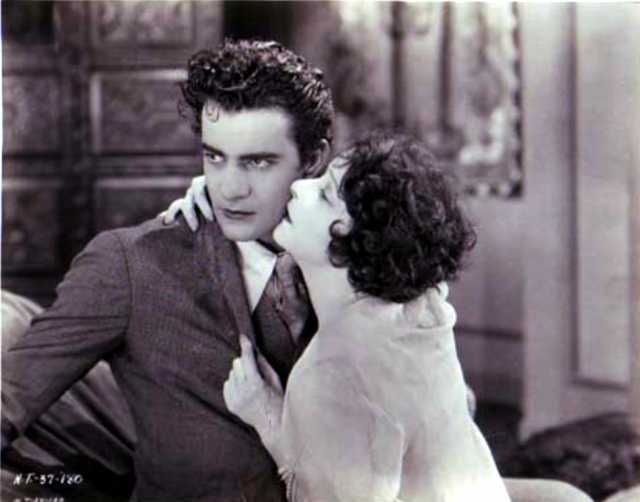 Synopsis in German
Armand Duval, a young and unsophisticated law student, falls passionately in love with Marguerite Gautier, known as Camille, a notorious Parisian courtesan. Armand forsakes his family and career, Marguerite abandons her friends for him, and they pass the days happily in a country retreat. They soon find themselves without money; consequently, Armand arranges for Marguerite to receive his small legacy, and, unknown to him, Marguerite plans to sell her possessions. Armand's father learns of the situation and determines to save the family name from disgrace. He persuades Marguerite to give up Armand, and she reverts to her former life of debauchery. Visiting a gambling house one evening she encounters Armand; believing himself abandoned for the Count de Varville's wealth, he denounces her before the crowd. Abandoned and ill, Marguerite finally dies in her home, clasping Armand's only gift, a copy of Manon Lescaut. (Turner Classic Movies) 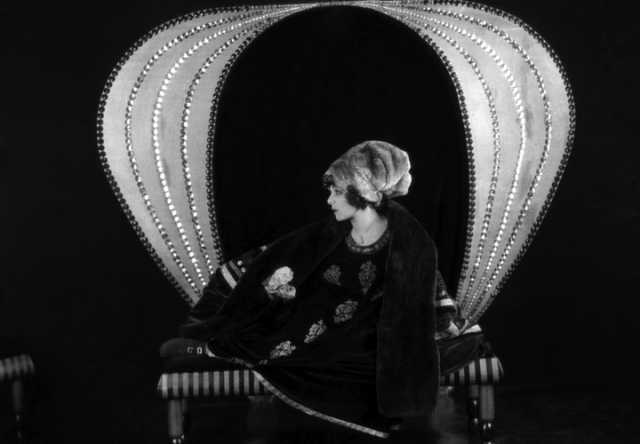 "TCM salutes the silent film legend - Rudolph Valentino (1895-1926), whose on-screen eroticism proved so powerful that female fans of the 1920s were literally fainting in the aisles. Camille (1921) casts Valentino as Armand to Alla Nazimova's "Lady of the Camellias." This silent treatment of the Alexandre Dumas classic, released 16 years before Greta Garbo's much celebrated version, has a new musical score by the winner of TCM's 2001 Young Film Composers contest, Peter Vantine of Middleton, MA. Peter graduated from Berklee with a major in Film Scoring, as did three of the other nine finalists. For more information, visit Berklee College of Music Film Scoring Department

Screenwriter June Mathis updated the story of Camille, a tragic courtesan who dies of tuberculosis, for modern times. In all other screen treatments of the story, Camille dies in Armand's arms - but Mathis' script is unique in that Armand is not even present during the death scene. Nazimova, appearing in her final film for MGM, personally chose Valentino to play Armand - even though the handsome young star was still a relative unknown. He had just completed filming The Four Horsemen of the Apocalypse (1921), the film that would turn him into an overnight sensation, but it had yet to be released. By the time Camille came out, Valentino had become a major star, and his appearance in the film helped turn it into a box-office success.

It was on the set of Camille that Valentino met art director/costume designer Natacha Rambova, who would become his second wife. His first, actress Jean Acker, allegedly locked Valentino out of their bridal suite on their wedding night and refused to consummate the marriage. The marriage to Rambova proved troublesome when it was discovered to have taken place before the dissolution of Valentino's first. To add to their problems, Rambova took control of Valentino's career and mismanaged it, allowing his image to become so effeminate that a Chicago editorial writer famously labeled him the "Pink Powder Puff." By 1926 Valentino had gone into a decline and was attempting to regain his popularity when he died at age 31 of a perforated ulcer." (Roger Fristoe, Turner Classic Movies)

Camille is a motion picture produced in the year 1921 as a USA production. The Film was directed by Ray C. Smallwood, with Alla Nazimova, Rudolph Valentino, Arthur Hoyt, Zeffie Tilbury, , in the leading parts. There are no reviews of Camille available.

The information above does not purport to be exhaustive, but give the level of information to our database at the time of last update. All figures are best knowledge and belief researched to, legal claims arising from incorrect or missing information are expressly rejected.
Due to the current law in some countries can be held responsible person who addresses refers to having a criminal content spread may or criminal content and pages further refer, unless he closes clear from such liability. Our links below are researched to the best of my knowledge and belief, but we can not accept in any way for the content of these web pages and links from us any liability. We provide this explanation by analogy from all countries and all languages of. Quotations, if not otherwise marked, in the usual right to quote with identification of the sources added.
The copyright lies with the authors of these quotes - Camille (1921) - KinoTV Movie Database (M)