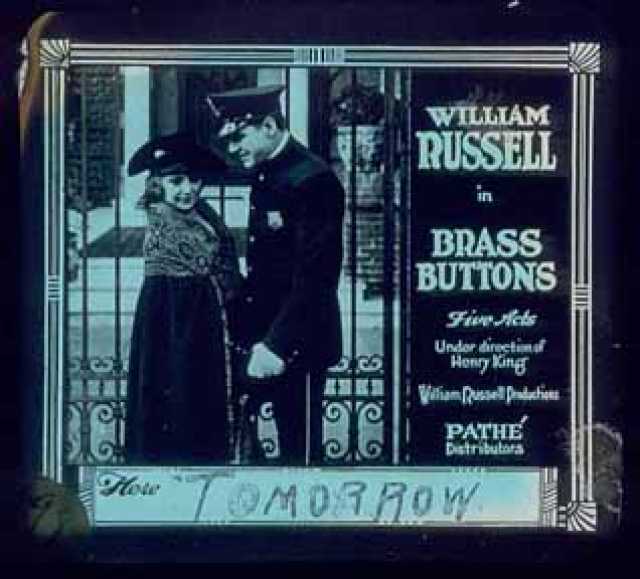 Brass Buttons is a motion picture produced in the year 1919 as a USA production. The Film was directed by Henry King, with William Russell, Eileen Percy, Helen Howard, Frank Brownlee, Bull Montana, in the leading parts. We have currently no synopsis of this picture on file; There are no reviews of Brass Buttons available.