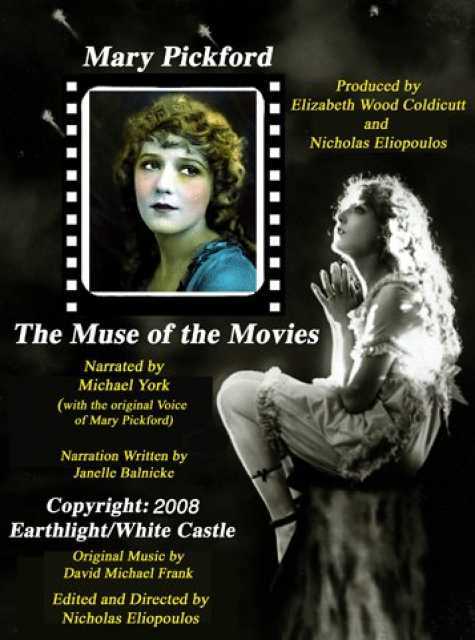 Plakatmotiv Mary Pickford: The Muse of the Movies, © Production Company

Technical specifications
Category: Documentary
Technical Details: Format: DigiBeta - Color,Length: 104 minutes
Sound System: Ton
Remarks and general Information in German: »Mary Pickford: The Muse of the Movies represents a 13-year labour of love and massive research: producer Elizabeth Wood Coldicott and Nicholas Eliopoulos, a much-awarded producer-director-writer-editor both in features and documentary, embarked on the project in 1995  in the lifetime and with the blessing of Buddy Rogers, Mary Pickfords widower. The mass of rare material they have assembled includes archival interviews with many of Pickfords most important collaborators, going back to the start of her career. Every available recording of sound interviews with the star herself was traced, and these have been restored and edited so that she herself shares with Michael York the role of narrator.
The film is organized in nine chapters, corresponding to the nine muses, and surveys the career of Mary Pickford (1892-1979) in the larger context of the explosive growth of the cinema and Hollywood in her working lifetime  a phenomenon to which her career and international superstar status contributed immeasurably. Apart from her unique place in the evolution of the star system  she was the first to earn a million dollars a year, to have her name on the marquee, and to win a Best Actress Oscar for a sound film (Coquette)  she was a shrewd businesswoman and a force in industry politics. She was a co-founder of United Artists and a major influence in the creation of the Academy of Motion Picture Arts and Sciences and of the Motion Picture Retirement Home.»  David Robinson, Giornate del Cinema Muto, Pordenone 2008

The information above does not purport to be exhaustive, but give the level of information to our database at the time of last update. All figures are best knowledge and belief researched to, legal claims arising from incorrect or missing information are expressly rejected.
Due to the current law in some countries can be held responsible person who addresses refers to having a criminal content spread may or criminal content and pages further refer, unless he closes clear from such liability. Our links below are researched to the best of my knowledge and belief, but we can not accept in any way for the content of these web pages and links from us any liability. We provide this explanation by analogy from all countries and all languages of. Quotations, if not otherwise marked, in the usual right to quote with identification of the sources added.
The copyright lies with the authors of these quotes - Mary Pickford: The Muse of the Movies (2008) - KinoTV Movie Database (M)

DVD Mary Pickford: The Muse of the Movies