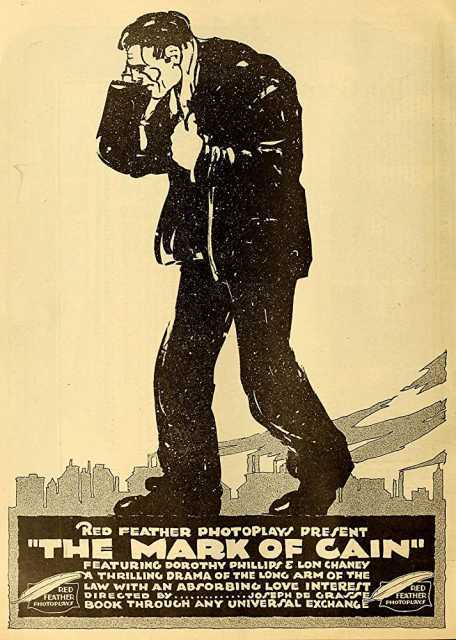 The Mark of Cain is a motion picture produced in the year 1916 as a USA production. The Film was directed by Joseph De Grasse, with Lon Chaney, Dorothy Phillips, Frank Whitson, Gilmore Hammond, T.D. Crittenden, in the leading parts. We have currently no synopsis of this picture on file; There are no reviews of The Mark of Cain available.

DVD The Mark of Cain