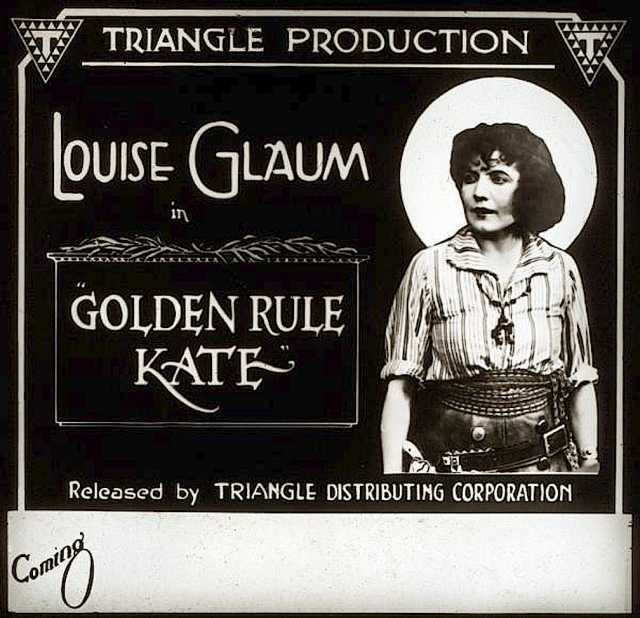 Golden Rule Kate is a motion picture produced in the year 1917 as a USA production. The Film was directed by Reginald Barker, with Louise Glaum, William Conklin, Jack Richardson, Mildred Harris, John Gilbert, in the leading parts. We have currently no synopsis of this picture on file; There are no reviews of Golden Rule Kate available.